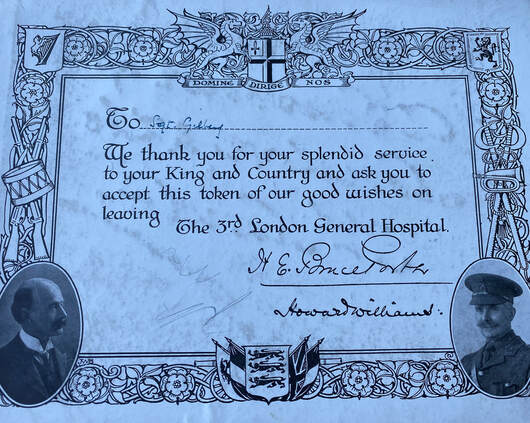 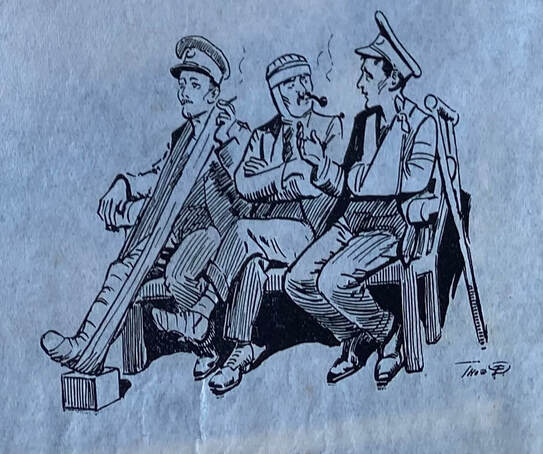 On July 1st 1859, the  Royal Victoria Patriotic Asylum was opened for the benefit of the orphan daughters of soldiers, sailors and marines of the Crimean War. During the Great War it was emptied of its usual inhabitants, who were housed near by, and converted to form the nucleus of the 3rd London General Hospital. Wards were built in the grounds surrounding the original building providing accommodation  for nearly 1600 patients.
The medical staff available for mobilzation were the Consulting Staff of St. Mary's Middlesex and University College Hospitals.

Some of these Officers have been abroad as consultants with the various Expeditionary Forces and most of the juniors and attached Officers have gone overseas for duty. The NCO's and men came in the early days from the well know house Messrs. Hitchcock Williams and Co. It was due to the patriotism of this firm that the unit was kept alive in the days when few people believed that war would ever come. Most of the NCO's and men of the earlier days have gone overseas and their places have been largely filled by older men and those unfit for service